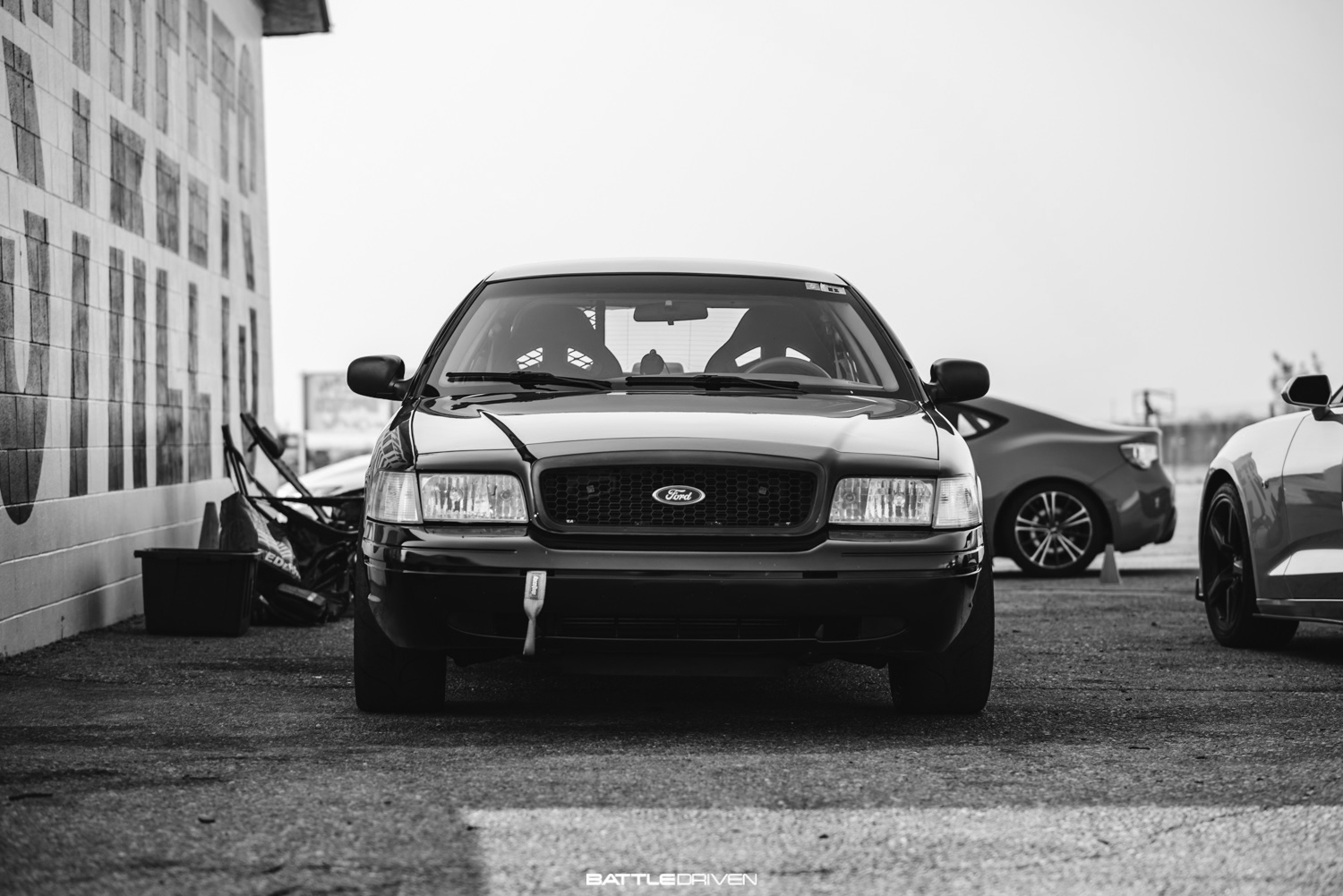 What is Spec P71 Racing Series?

Spec P71 Racing Series is a time attack style racing series that has driver development in mind! We founded this racing series to provide a cheap, affordable, and reliable way to get new to veteran drivers on track and having fun.

Spec P71 Racing Series was a concept that Brett Madsen, the series’ founder, had in mind long before it ever became a legitimate entity. In 2018, he purchased a 2006 Ford Crown Victoria from a government auction for $1,500.00 and the rest was history. Over 30 track days later, this 4200lb “miata” has remained as reliable and fun as ever to drive. After Brett took the reins of American Muscle Cup Racing Series, it only made sense to bring on Spec P71 Racing Series as an addition!

Of all cars… why the Ford Crown Victoria?

The way we like to describe the crown victoria is that it is a big heavy miata. Great handling, impeccably reliable, and fun to boot. The front suspension is a Short-Long Arm (SLA) Suspension on the 2005+ models, they came equipped from the factory with a Watts Linkage in the rear, attached to the faithful 8.8″ Ford solid rear axle. The engine is a 4.6L 2v that regularly sees north of 200,000mi. The modular power plant is also relatively cheap to maintain and easy to work on giving you the most bang for your buck with Spec P71 Racing Series! Because these cars are so cheap, can handle very well out of the box, and can take an unbelievable amount of abuse at the track, they make for an amazing vehicle to use in a racing series to bring people more seat time and less problems.